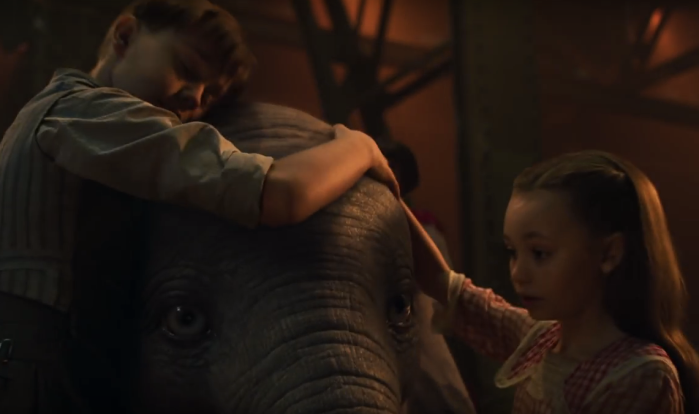 The first trailer for the live-action remake of  the 1941 Disney classic “Dumbo” shows a lot of similarities with the original film: Dumbo’s mother, Mrs. Jumbo is still locked up as  a mad elephant. And there’s a pink elephant dream sequence. 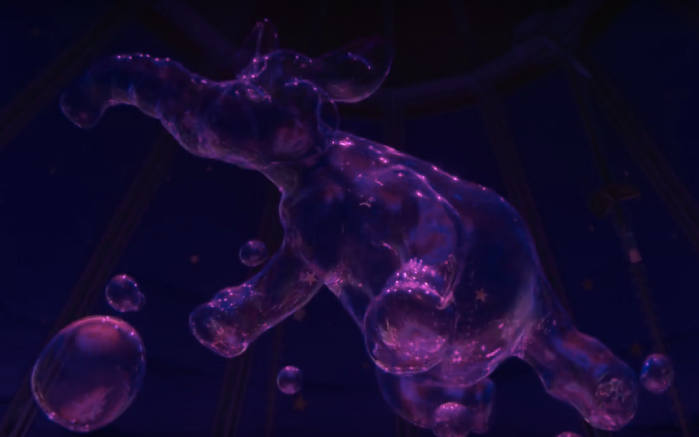 But we don’t see Dumbo’s mouse pal, Timothy. Instead, the big-eared baby elephant has some new human friends. Colin Farrell stars as Holt Farrier, a war veteran and former circus star who is hired to care for Dumbo. He and his two children, Milly (Nico Parker) and son Joe (Finley Hobbins) befriend the little guy.

Also: No sign of the notorious jive-talking crows from the original. 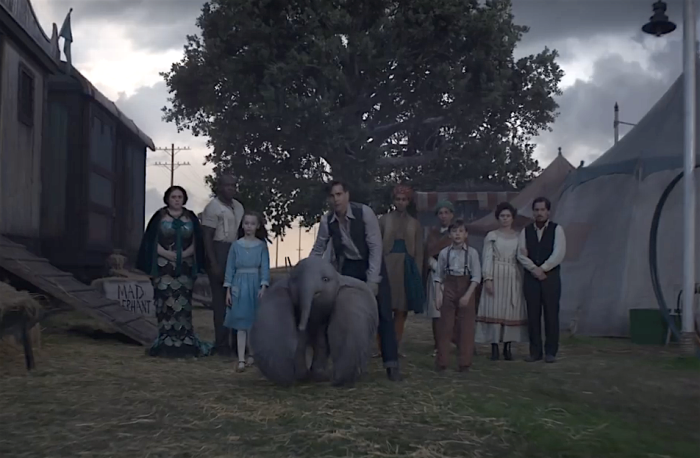 Among the rest of the human cast:
• Michael Keaton as V. A. Vandemere, a ruthless entrepreneur who buys the circus to exploit Dumbo
• Danny DeVito as Max Medici, who sells his small circus to Vandemere
• Eva Green as Colette Marchant, a French trapeze artist who performs at the circus
• Alan Arkin as J. Griffin Remington, a Wall Street tycoon

We know director Tim Burton loves circuses, having directed “Big Top Pee-Wee,” so his Big Top looks kind of like a cross between the Penguin’s henchmen in “Batman Returns” and a Busby Berkeley musical.