Some of the biggest movies of 2019 include remakes of “The Lion King,” “Dumbo,” and “Pet Sematary.” Here are the animal-themed movies you won’t want to miss.

A dog travels 400 miles in search of her owner. Stars: Bryce Dallas Howard, Ashley Judd, Barry Watson, and Alexandra Shipp (Read: ‘A Dog’s Way Home’: All About Shelby, the Dog Who Plays Bella)

Two Danish entrepreneurs try and make their fortune in the lucrative Chinese Pet industry by breeding Saint Bernard dogs in this comedy mockumentary. (In theaters January 18, 2019 and On Demand February 5, 2019) 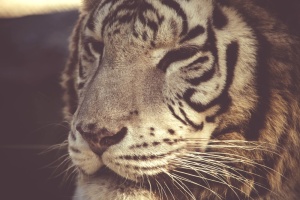 This documentary (aka “Taken by the Tiger”) from Oscar-winning director Ross Kauffman follows the efforts to save the last Siberian tigers in the world.

In this British comedy, Sarah (Beattie Edmondson)’s life changes when she inherits her grandmother’s prized possession, a spoiled Pug named Patrick. Ed Skrein and Jennifer Saunders costar. In select theaters and on VOD on February 15. (Read the review.)

“How to Train Your Dragon: The Hidden World” (February 22)

In this sequel, Hiccup the dragon falls in love with an elusive white dragon.

Carol Danvers (Brie Larson) (aka Captain Marvel) is caught in the middle of a galactic war between two alien races. She’s aided by her ginger cat, Goose, who’s really an alien known as a Flerken. (Read: All About Goose the Cat in ‘Captain Marvel’) 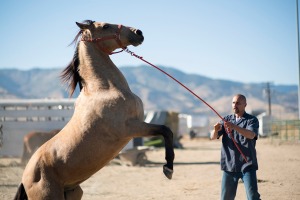 Those shots of dozens of bunnies in the trailer? A good hint that Jordan Peele’s follow-up to “Get Out” is about cloning. Lupita Nyong’o and Winston Duke star as husband and wife trying to defend their family from evil doppelgangers. (Read: Rabbits Really Freak Out Jordan Peele And Other ‘Us’ Bunny Facts)

In this new adaptation of the Stephen King novel, a family lives near a pet cemetery that magically bring dead things back to life. (Watch the trailer.)

Disneynature’s latest documentary follows Steve, an Adélie penguin, on a quest to find a life partner and start a family. (Read the review.)

The third installment of the franchise features assassin John Wick (Keanu Reeves) riding a horse and teaming up with an old friend (Halle Berry) and her Belgian Malinois.

Bailey the dog’s story continues in this sequel to the 2017 film “A Dog’s Purpose.”

In the sequel “The Secret Life of Pets,” Max (voiced by Patton Oswalt) is taken to a vet who specializes in behavioral disorders, where he meets a number of disturbed pets, including twin cats who start fires.

A young woman and her father are trapped by rising hurricane waters — and killer alligators — in this horror-thriller.

A detective (Davd Bautista) recruits his Uber driver (Kumail Nanjiani) into an unexpected night of adventure in this action comedy. A pit bull is along for the ride.

The pit bull who plays Brad Pitt’s dog in the film just won the Palm Dog!

Read all about Brandy. 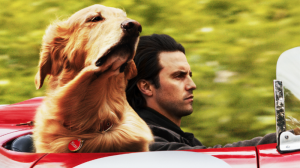 A family dog named Enzo evaluates his life through the lessons he has learned from his human owner, a race car driver named Denny Swift (Milo Ventimiglia).
Read about all the dogs who play Enzo.
Read the Moviepaws review: ‘The Art of Racing in the Rain’ Is a Schmaltzy Heartbreaker (And Not Just Because of the Dog)

Four teenage divers discover that the sunken ruins of a Mayan city are also a hunting ground for deadly great white sharks in this sequel to the 2017 film. 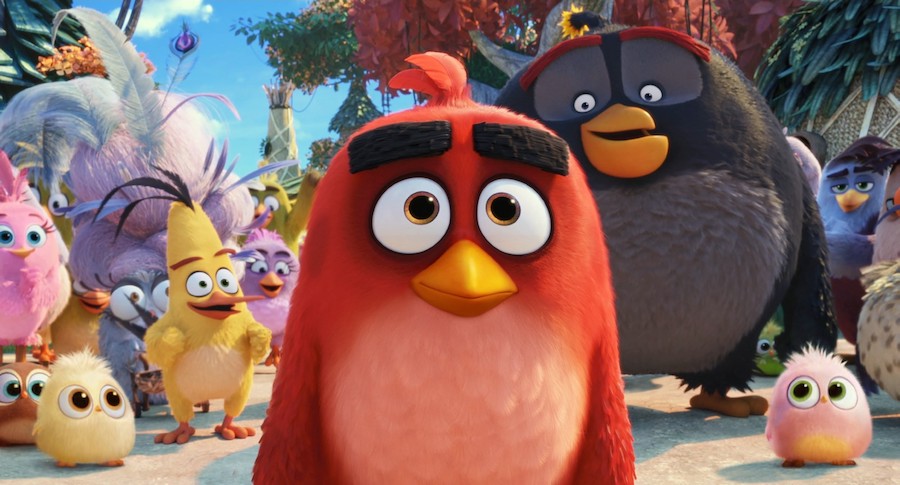 Red, Chuck, Bomb and the rest of their feathered friends are surprised when a green pig suggests that they put aside their differences and unite to fight a common threat.

“The Elephant Queen” (October 18, on Disc and Streaming on November 1)

This documentary follows elephant matriarch Athena, who leads her herd on an epic journey across the African savannah. Chiwetel Ejiofor narrates.

The live-action remake of the Disney classic will be available on Disney+, Disney’s new streaming service, on the day it launches.

“A Reindeer’s Journey” (November 15 in theaters, Nov 19 on disc and streaming)