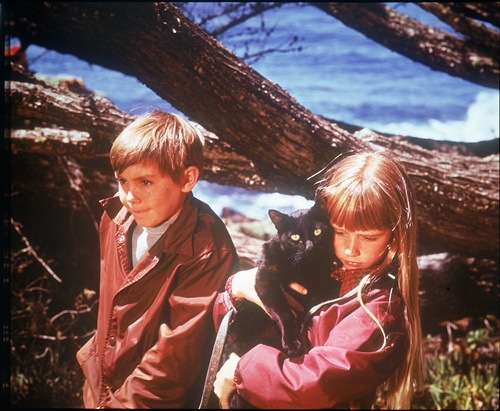 In honor of #blackcatappreciationday, here’s one of our favorite black kitties: Winkie from the 1975 Walt Disney movie, “Escape to Witch Mountain.” In the film, two alien children, Tony and Tia, played by Ike Eisenmann and Kim Richards, must conceal their special abilities. They’re aided by their cat, Winkie, who comes in handy when they must escape from the villain’s security guard, who conveniently happens to be allergic to cats.

Both Eisenmann and Richards (now best known as one of the “Real Housewives of Beverly Hills”), appeared in the 2009 remake, “Race to Witch Mountain.”