It’s time to recognize the best dogs and cats (and other animal actors) of 2018, as well as the most memorable animal movie moments of the year. 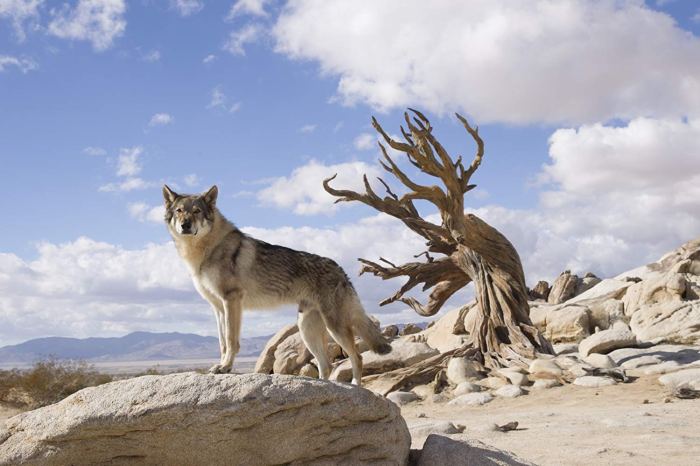 Chuck is the Czechoslovakian wolfdog who plays the title character in this film set 20,000 years ago. The relationship between Alpha and an abandoned young man (Kodi Smit-McPhee) is the heart of the film. The dog must convey the wolf’s initial wariness of humans, which gradually gives way to trust and friendship over the course of the film as they struggle to survive together. We watch them bond and root for them both. SPOILER: It’s a happy ending for both wolf and boy — and the dawn of the domestication of dogs.

CAT ACTOR OF THE YEAR: TOWNE (aka JERSEY) in “Can You Ever Forgive Me”

Melissa McCarthy called Towne, who plays her cat Jersey, “the Marlon Brando of Cats.” And hoped he would win all the “Cat Oscars.” Well, here you go, Towne, for playing a cat who turns down shrimp(!) and who holds his own with two Oscar-nominated actors, you win this prestigious Moviepaws honor.

MOST VERSATILE DOG OF THE YEAR: Olivia the Westie from “Widows” and “Game Night”

A Westie named Olivia stole the show in both “Widows” and “Game Night.”

In “Game Night,” she plays Bastien, the dog doted on by creepy cop Jesse Plemons who feel slighted by neighbors Jason Bateman and Rachel McAdams, who never include him in their game nights.

In “Widows,” she’s the beloved pet of Viola Davis, who is comforted by the dog after the death of her criminal husband, Liam Neeson. The dog has a bigger acting job here, being threatened by the crime boss/politician played by Brian Tyree Henry in a tense scene and sniffing out a huge plot twist. 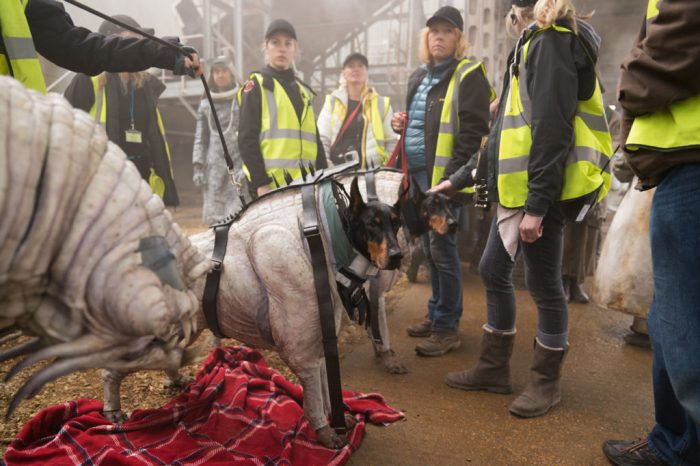 There were real dogs (two dobermans and two Northern Inuits) in those suits as the fearsome Corellian hounds in this “Star Wars” film.

Honorable mention: The horses who stood in for the CGI rhinos in “Black Panther”

In this dog-centric romcom, Vanessa Hudgens discovers Gertrude behind a dumpster at the coffee shop where she works. Ultimately, Gertrude leads her to a fulfilling relationship and a passion for rescuing dogs. Gertrude was played by Priscilla the Princess. As Hudgens told Collider, “My very first day of filming, they put like a little black dot down on the ground and showed it to [Priscilla], took her to the end of the street and called action. She started walking, got to her mark and sat down, and I was like, ‘How do you do that?!’ I was very impressed.” 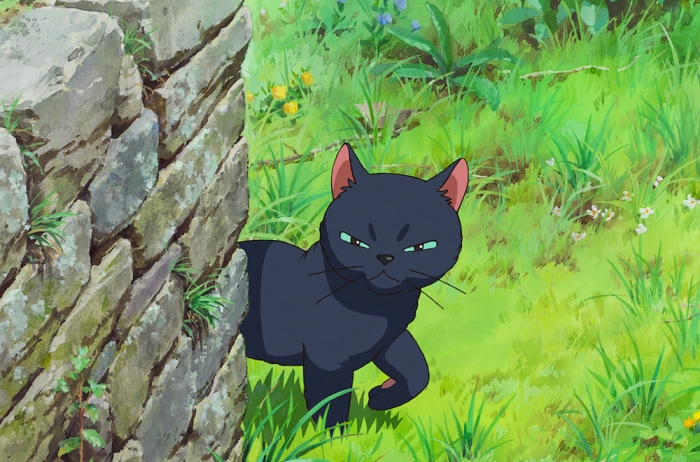 A mysterious black cat named Tib leads young Mary into a forest where he adventures begin in this animated Japanese film. As she learns to become a witch, he becomes her familiar and together they rescue a lot of animals, including Tib’s kitty pal, Gib.

THANKS FOR NOT KILLING THE DOG (tie): “The Meg” and “Rampage”

Pippin the dog faces off with a prehistoric shark in “The Meg” and lives to tell, as does what looks like a Golden Retriever, who is fortunately not eaten by a giant wolf in “Rampage.” Hurrah!

MOST USEFUL PETS: THE BIRDS in “Bird Box”

Plagued by an unseen monster who makes you want to commit suicide if you look directly at it? Rely on these helpful birds, who will start to flap and chirp if the monsters are nearby.

Honorable mention: The vast army of ants in “Ant-Man and the Wasp” 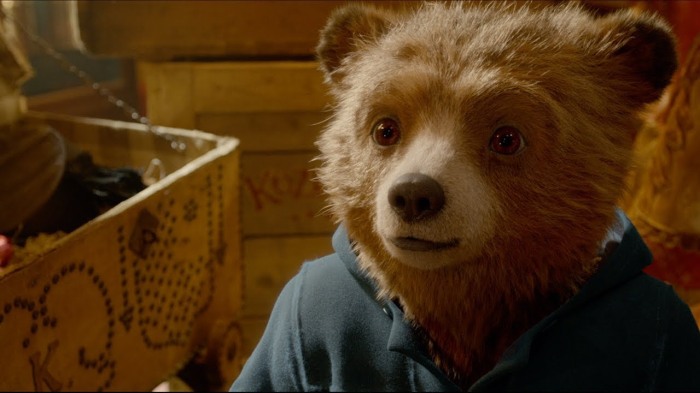 While Winnie the Pooh is certainly charming, he does have a way of tracking honey all over the house. We have to hand it to Paddington Brown, who always follows the sage advice of his Aunt Lucy: “If we are kind and polite, the world will be right.” By always taking the high road, this sweet, marmalade-loving bear manages to bring out the best in nearly everyone he meets.

This homeless Irish Wolfhound comes to the rescue of his friend Paddington during a thrilling chase scene. He’s a very handy and fleet-footed friend to have. (Maybe adopt him?) Also on Paddington’s side, a parrot, who helpfully points out who the villain is long before Mary Brown (Sally Hawkins) has sussed it out.

MOST UNUSUAL PET: GIANT ANT, “Ant-Man and the Wasp” 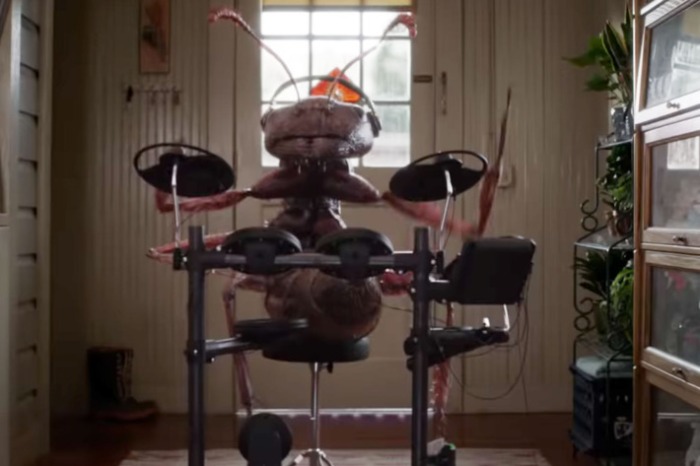 This drum-playing ant, which got accidentally supersized in the first film, comes in very handy while Scott Lang (Paul Rudd) is supposed to be on house arrest. He’s not the only giant ant in the film, but he’s the only one who gets to lounge on the couch instead of being put to work in a lab.

Honorable mention: Horatio, aka “The Fastest Duck in the City,” who wins races for doting owner Lord Lord Marlborough (Mark Gatiss) in “The Favourite.” And who is closely guarded lest someone steal him!

WORST PET SITTER: RICHARD E. GRANT in “Can You Ever Forgive Me” 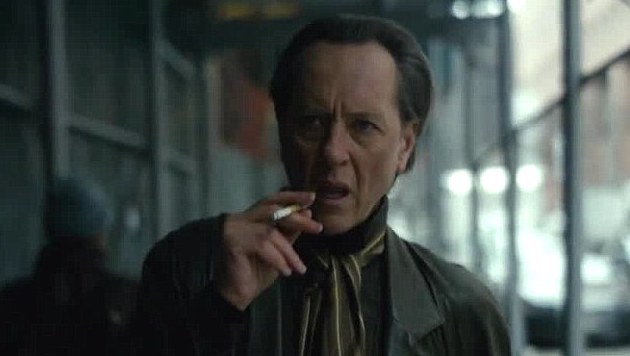 Last year we had Lil Rey Howery as the best dog sitter ever in “Get Out,” but Grant’s character in “Can You Ever Forgive Me” lets best friend’s Lee Israel (Melissa McCarthy)’s cat die on his watch. The cat was ill to begin with, but the fact he doesn’t even realize Jersey has passed away before Lee finds her beloved pet’s body…. unforgivable! (So, no, we’d never forgive him for that. But we do wish him the best at the Oscars!)

While she at first pretends to dote on Queen Anne (Olivia Colman)’s pet rabbits, power-hungry Abigail (Emma Stone)’s true colors are revealed by the end of the film. (No real bunnies were harmed in the making of this film, fortunately!)

Dishonorable mention: Wreck-It Ralph in “Ralph Breaks the Internet” for unwisely overfeeding a pancake-eating bunny until it explodes. But we assume the rabbit reset at the end of the game and is living many more digital lives with the proper amount of pancakes.

And in the Italian film “Dogman,” the main character, a dog sitter and groomer, comes to the rescue of a dog who’s been put in the freezer by his partners in crime. He breaks back into the house they just burgled to save the pup, who is — happily — warmed up and walking soon. The dog who appeared to be partially frozen in this scene won Cannes’ Palm Dog Award. And the dog-saving actor, Marcello Fonte, won Cannes’ Best Actor Award.

Bill Heck is Billy Knapp in The Ballad of Buster Scruggs, a film by Joel and Ethan Coen.

Sadly, everyone who owns the Jack Russell in the Coen Bros. western seems to come to a bad end, much like Pard the dog in the Humphrey Bogart classic pre-noir “High Sierra.”