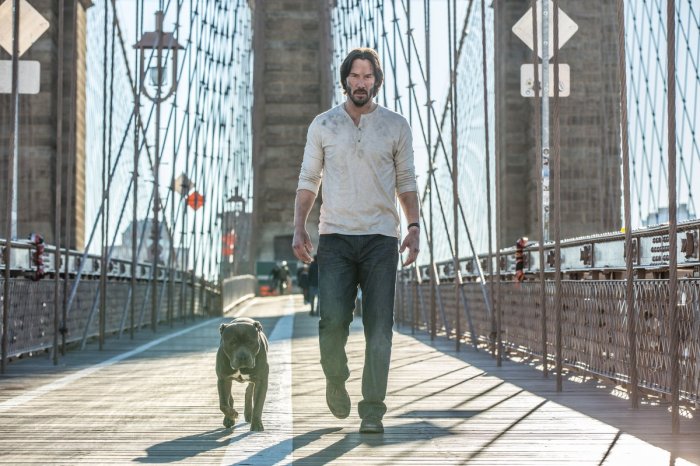 As we saw at the end of “John Wick,” Keanu Reeves had not only gotten revenge for his murdered dog (RIP, Daisy!), but picked up a new pit bull puppy.

A new photo from the sequel “John Wick: Chapter 2” shows him walking his now grown-up pup across a bridge, sans leash. (We imagine any dog owned by John Wick is also well-trained and incredibly capable.)

Here’s the official synopsis for the film:

“Keanu Reeves returns in the sequel to the 2014 hit as legendary hitman John Wick who is forced to back out of retirement by a former associate plotting to seize control of a shadowy international assassins’ guild. Bound by a blood oath to help him, John travels to Rome where he squares off against some of the world’s deadliest killers.”

Joining him are singer/actor Common as “head of security for a female crime lord” and “Orange is the New Black” star Ruby Rose. Ian McShane, John Leguizamo, and Lance Reddick return from the first film.

One thought on “John Wick is Back With a New Dog”