We finally get a look at the magical creatures in the new trailer for “Fantastic Beasts and Where to Find them.”

Among the beasts we see, per Geek.com:

The Niffler, which looks like a cross between a platypus and a mole. In the trailer, an astonished Newt Scrimander (Eddie Redmayne) spies it in a jewelry shop window.

Bowtruckles, woodland creatures that look like plants and are no more than eight inches high.

A Thunderbird named Frank, which is not in the J.K. Rowling book. Per EW, it is  a “large, regal avian creature native to the arid climate of Arizona. Its head is similar to that of an eagle or, in the wizarding world, a Hippogriff. Its multiple powerful wings shimmer with cloud-and sun-like patterns and their flapping can create storms. Thunderbirds can also sense danger. After rescuing a Thunderbird from traffickers in Egypt, Newt named him Frank and promised to return him to his natural habitat in Arizona.”

The Demiguise, which perhaps stirs up the most trouble as it can be invisible. 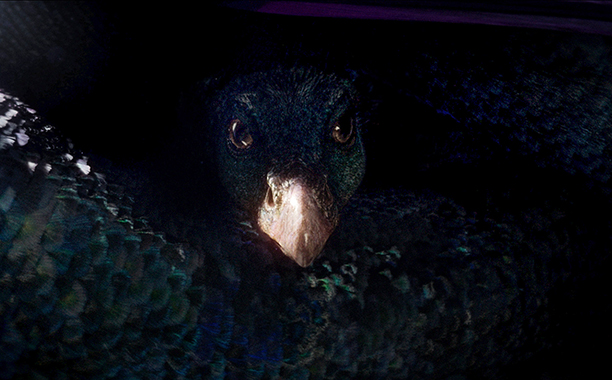 The Occamy, a feathered, two-winged creature that can grow as long a fifteen feet and whose silver eggs are highly prized.