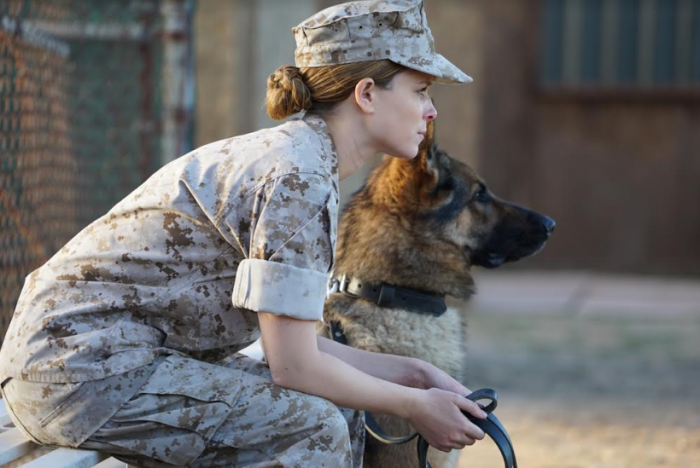 Kate Mara (“Morgan”) stars in “Megan Leavey,” the true story of an unbreakable bond between a marine corporal and her military combat dog, Rex, who’d been dismissed as “too-aggressive.”

Megan believes in Rex and trains him to identify IEDs: The two completed more than 100 missions until an explosion threatens to keep her from Rex forever. Now she’s got to fight to get her dog back, even though everyone tells her it’s impossible.

The movie from the director of “Blackfish” opens June 9.