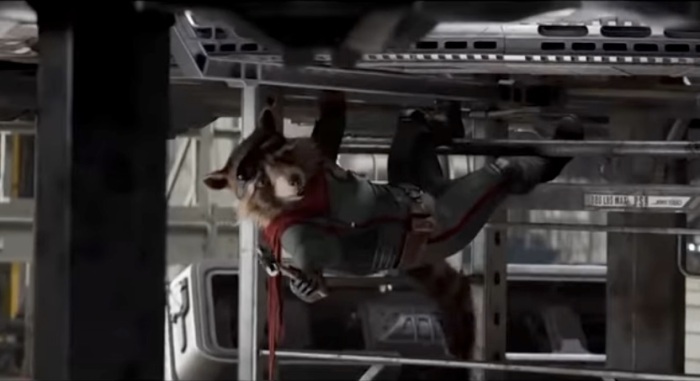 It’s a tradition for everyone to insult Rocket in the MCU. He’s been called a “trash panda,” a “triangle-faced monkey” and a “dumb puppy.”

So when he and Tony Stark (Robert Downey, Jr.) finally meet up, Tony says: “Until this exact second, I thought you were Build-a Bear.”

Rocket’s reply: “Take it easy. You’re only a genius on earth, pal.”

Of course, both of their mechanical and tech skills come in handy during the epic sequel.

There actually was a Build-a-Bear Rocket (it’s no longer available, except maybe on eBay.) And there is an “Avengers: Endgame” Iron Man Build-A-Bear, for it’s worth. 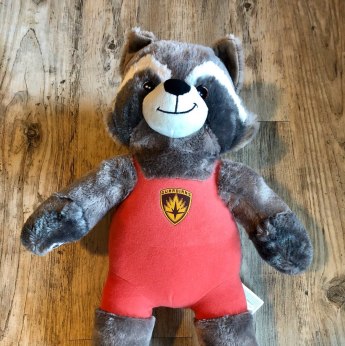 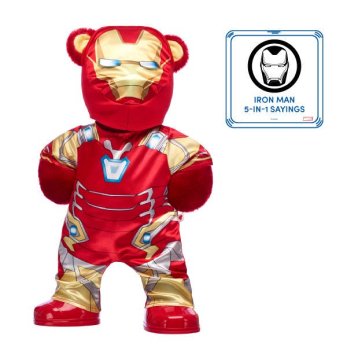 As for other nicknames in “Avengers: Endgame,” this time Rocket gets to dish out a few, calling Ant-Man (Paul Rudd) “puppy.” Paul Rudd is kind of like a puppy, isn’t he?

Update: Per our friend Michael Lee, who writes for Geeks of Doom, here are some more nicknames dished out by (or to) Rocket during the film, which include mild spoilers:

• Carol (Brie Larson) calls Rocket “Fur-Face” after he snipes about her not showing up to help because she was too busy getting a haircut
• Tony also calls Rocket “Ratchet”
• The Asgardian guards trying to catch Rocket call him “Rabbit,” which is what Thor called him in “Infinity War.” (Maybe rabbits look like raccoons on Asgard?)
• Rocket also calls Scott “Humy”
• Rocket, responding to Thor’s new look, calls him “Melted Ice Cream” and later calls him “Airbag.”
• Rocket refers to Hulk as “Big Green” and Mantis as “the chick with antennae”