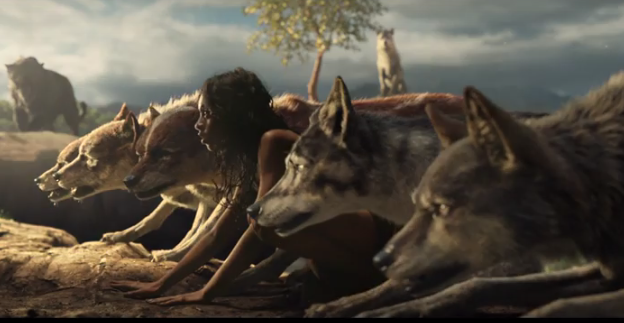 “Mowgli,” Andy Serkis’s upcoming version of the oft-told “Jungle Book,” won’t be out this October as planned.

Instead, it will debut in December on Netflix. Deadline reports that the film will be also play theaters so that audiences can see the 3D version Serkis has been working on. Serkis said, “I’ve seen the 3D version, and it’s exceptional, a different view from the 2D version, really lush and with great depth.”

He told Deadline, “I’m really excited about Netflix for ‘Mowgli.’ Now, we avoid comparisons to the [2016 Disney version] and it’s a relief not to have the pressure.” The Disney version, directed by Jon Favreau, was the fifth-highest-grossing film of 2016 and won an Academy Award for Best Visual Effects.

While it was more dramatic than the classic 1967 animated film, Serkis says his version will be a lot darker than Favreau’s.

“Netflix has allowed the filmmaking that I wanted to do, to exist and they’ve created an atmosphere for me kind of storytelling I set out to do…  this is a darker telling,” he said. “It’s really not meant for young kids, though I think it’s possible that 10 or above can watch it. It was always meant to be PG-13, and this allows us to go deeper, with darker themes, to be scary and frightening in moments. The violence between animals is not gratuitous, but it’s definitely there. This way of going allows us to get the film out without compromise.”

He said that they haven’t yet decided on the release date.