Congratulations to the Chihuahua from the Italian crime drama “Dogman.” The pooch (or, rather, a lookalike, according to EuroNews) was presented with the Palm Dog leather collar at an awards ceremony at the Grand Hotel Plage in Cannes. It’s the canine counterpart to the prestigious Cannes Film Festival.

“Dogman” (from director Matteo Garrone), stars Marcello Fonte as mild-mannered dog groomer Marcello. The chihuahua in question is temporarily locked in a freezer, but survives. For his performance, Fonte collected the Cannes Best Actor award.

The rest of the dogs in the film (including an enormous Great Dane) were also recognized by by the panel of judges: “The performance of the canine cast was particularly revered by the judges,” said Palm Dog founder Toby Rose. 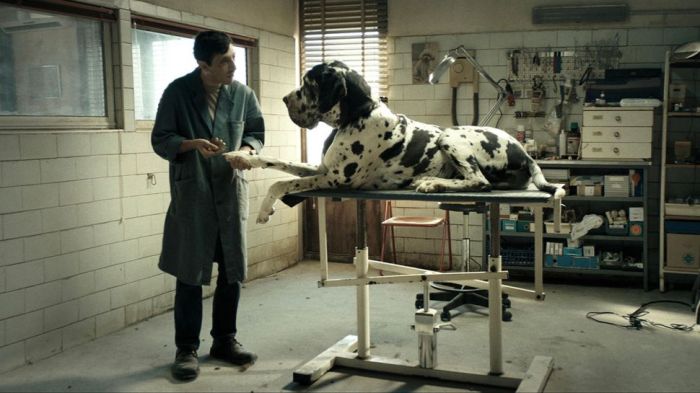 ​The “Dogmanitarian Award” was handed out to writer and producer Vanessa Davies, who based the upcoming British comedy on her black pug Patrick.

“Patrick” (the film) is set to be released in the UK on June 29. (No U.S. date has been announced yet.) Actress Beattie Edmondson plays the main character, who inherits her grandmother’s unruly pug, Patrick. It costars Ed Skrein, Jennifer Saunders, and Gemma Jones.

The Grand Jury Prize went to “Diamantino,” featuring a cast of CGI puppies. The film follows the story of skilled footballer Diamantino who is moved by the plight of refugees and adopts a refugee boy.

Past winners of the Palm Dog (who don’t have to have much screen time to win the title) include the poodle from “The Meyerowitz Stories,” the bulldog from “Paterson” and Uggie, the dog from “The Artist.”