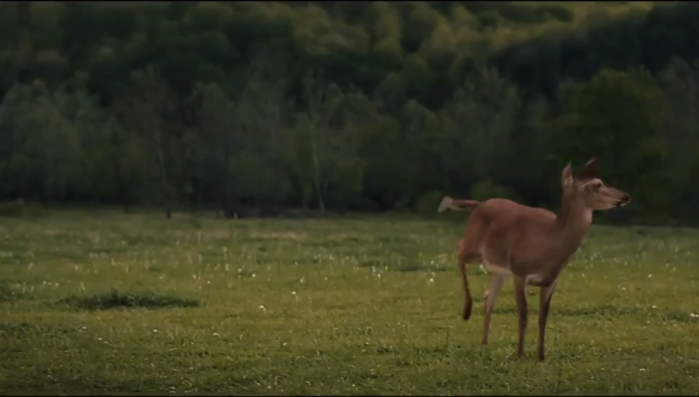 In  “Three Billboards Outside Ebbing, Missouri,” grieving mother Mildred (Frances McDormand) puts up billboards to call attention to the unsolved case of her daughter’s murder.

She’s tending flowers near the billboards one day when she looks up to see a deer on the edge of the forest. Letting down her guard for a moment, she addresses the deer, saying, “You ain’t tryin’ to make me believe in reincarnation or something, are ya? Because you’re pretty, but you ain’t her.”

The deer scene appears (in part) in this trailer:

But is that a real deer? Many on Twitter thought it was entirely computer-generated. However, real animals were brought in for the scene. Animal trainer Greg Tresan of Dogworks confirmed to Moviepaws: “We did use real deer.”

Deer from the West Carolina Nature Center were shot against a bluescreen backdrop, according to WLOS, The screen was up for a few days before filming began so the deer could get used to it.

The three deer being considered for the scene were One-Tag, Rue, and Becca, with the likely candidate being young female Becca. Watch the video of WLOS’s visit to the Nature Center

Neither the trainer nor the publicist for the film would comment whether some of the live deer action was later touched up or enhanced with computer graphics (or whether McDormand and deer were ever in the same shot).

For more of the real deer, WLOS reporter John Le shared a photo on Instagram and a video on Twitter. 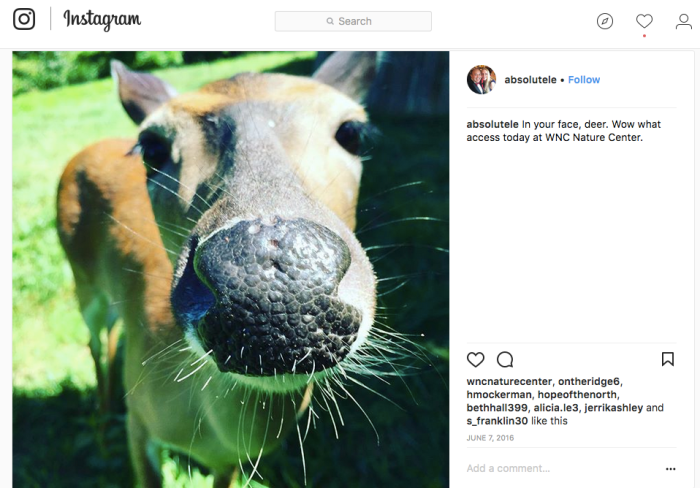