Introducing the first annual Moviepaws Awards! It’s been a great year for animals in movies and we’re here to recognize some of the outstanding films and memorable characters.

The tiny kitten who headlines this Jordan Peele, Keegan/Michael Key comedy (but isn’t in it nearly enough) stole our hearts. We’d totally pretend to be hardcore thugs to get him back.
Runners-up: Bob (“A Street Cat Named Bob”), Chloe (“The Secret Life of Pets”)

Best Dog Actor: Jumpy the Dog, “In a Valley of Violence“

This border collie and blue heeler mix is known as one of the best-trained dogs in the business and is owned by Omar Von Muller, who also trained the late, great Uggie from “The Artist.” In the western “In a Valley of Violence,” Jumpy plays Abbie, the loyal and incredibly helpful companion of loner Ethan Hawke whose tricks include helping disarm enemies and rolling himself up in his blanket at night.

Runners-up:
• Nellie the bulldog, who played Marvin in “Paterson.” She was the first dog to receive the Palm Dog Award posthumously.
• The dachshunds of “Wiener-Dog.” Not only does the dog in the film suffer neglect and ultimately death(!), director Todd Solondz went on the record to share his intense dislike of the breed. Boo, hiss! We know dachshunds are stubborn, but they are hardly “remarkably stupid,” as Solondz told the press.

The injured seagull that Blake Lively’s stranded character dubs “Steven Seagull” in “The Shallows” keeps her company while she tries to outwit a stalking shark. He’s got an advantage over his competition by being smart enough to land next to a medical student who can fix its broken wing.

Runners-up: Becky, the dimwitted loon in “Finding Dory” who — just barely — helps save the day for Marlon and Nemo.
Hei-Hei, the even more dimwitted chicken, who ends up being surprisingly useful to Moana during her epic voyage. 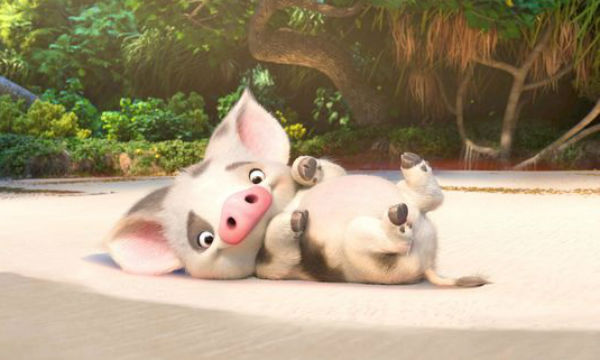 This adorable island pet doesn’t make the big journey in Moana, but still manages to steal the show. 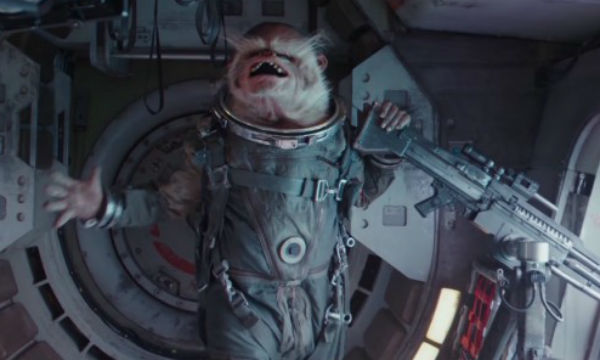 While he’s not in the “Star Wars” prequel that much, the Internet went wild for the rebel known only as Space Monkey.

“Thanks for Not Killing The Dog” Award:
“The Conjuring 2“ 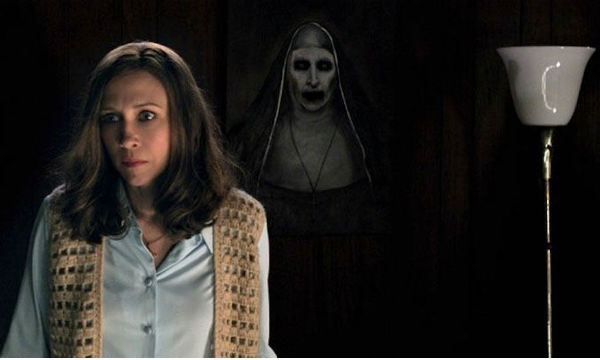 It’s well established that the dog (or cat) almost always dies in horror films. Yet two — two! — dogs make it out of this horror sequel completely unscathed. Thanks, James Wan!

Prey and predators live peacefully side by side in the big city, until predators start reverting to their primitive nature. It’s up to Officer Judy Hopps (Ginnifer Goodwin) and con man Nick Wilde (Jason Bateman) to get to the bottom of a city-wide conspiracy! Not only is this Disney film funny and moving, it also gently teaches some great life lessons about tolerance and prejudice. (Rent or buy on Amazon).

The stunning photography of this French documentary offers unprecedented close-ups of animals in the wild, including foxes, wolves, birds, horses, deer and bears.  (Read Review.)

Maybe there were more movies than “The Free State of Jones” and “High Rise” where people ended up eating dogs, but I haven’t seen ’em.

These films are ones that any animal lover should think twice before seeing. Whatever these movies’ other merits, any film where an animal is horribly killed off can be a dealbreaker for many people. (SPOILERS!)

“Wiener-Dog:” The title character, a neglected dachshund dies! Horribly! As a joke. No thanks, Todd Solondz.
“High-Rise:” Dogs are killed, beaten and eaten in this dystopic drama.
“Desierto: ” A brutal border patrol agent and his dog stalk an immigrant trying to cross the border illegally. The dog dies.
“The Red Turtle:” This animated film seems like a moving friendship between a man stranded on a desert island and a mysterious red turtle, but the fact that he leaves the turtle to die didn’t sit well with me.

“The Lobster:” Another dystopian drama where animals die, but this darkly absurdist film in which people are forced to find a mate or be turned into animals is still a great movie.

“In a Valley of Violence:” Features one of the toughest dog death scenes, but, like “John Wick,” also gets so much revenge on the dog’s behalf that it almost makes up for it.  Plus, Ethan Hawke and John Travolta are terrific in it, as is the Moviepaws Dog Actor of the Year: Jumpy the Dog!

What were your favorite animal characters and movies of 2016?