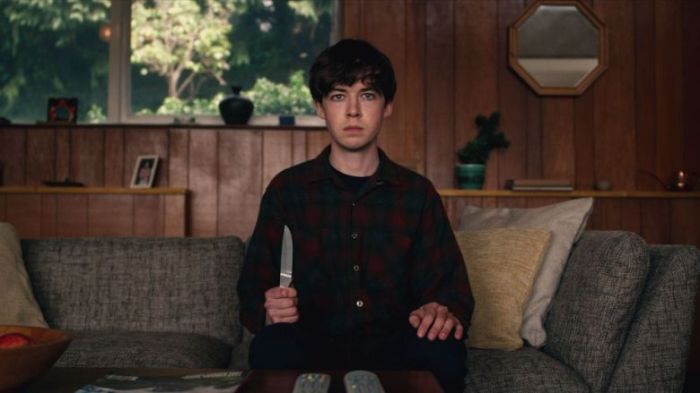 Animal lovers might want to skip the new Netflix series “The End of the Fucking World,” about two teenagers who go on a crime spree while on a road trip.

IndieWire gave the series a B+ rating, but noted, ‘”The End of the Fucking World’ is worth sticking with (unless you’re utterly intolerant of animal abuse, which is a persistent theme). ”

James is a 17-year-old who believes he is a psychopath, regularly killing animals as a hobby but has become bored of it. After acquainting himself with Alyssa, a 17-year-old rebellious fellow schoolmate, he decides to murder her, but then actually falls in love with her, while they both embark on a road trip.

In the first episode, James (Alex Lawther), cuts a cat’s throat. In episode 7, a dog is injured, but (despite having killed animals since he was 8) James finds he can’t kill it with a rock, so Alyssa (Jessica Barden) does.

It’s based on the comic book series of the same name by Charles S. Forsman.