The canine stars steal the show in the new comedy “Dog Days.” The film itself is getting mixed reviews, but everyone agrees: These pets are doggone adorable.

And, no surprise, most of the cast members are major dog lovers in real life.

Wanna be like @mrs.maverick and I and support a great cause? Get a DOG DAYS “Adopt Love” tee! Proceeds the Petco Foundation’s mission to save pets’ lives. Shop it now through the bio link or at omaze.com/dogdays . And don’t forget to catch DOG DAYS in theaters August 8th! @dogdaysthefilm #AdoptDONTShop

Here are the five dog characters who end up connecting all their human counterparts: 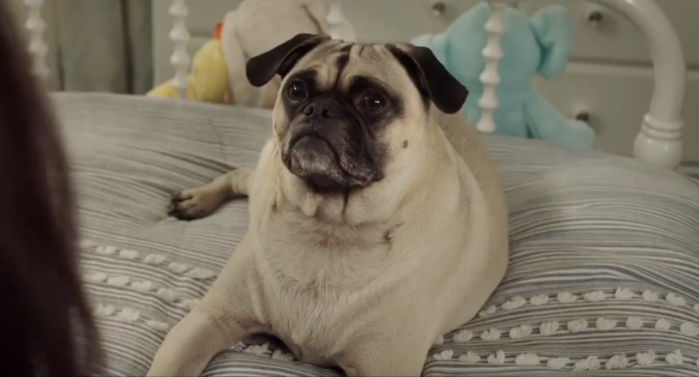 Mabel the Pug
Pudgy Mabel belongs to widower (Ron Cephas Jones). When she goes missing, he’s helped by pizza delivery boy Tyler (Finn Wolfhard). She’s found by a little girl (Elizabeth Caro) who’s just been adopted by Grace (Eva Longoria) and Rob Corddry (Kurt). She’s having trouble adjusting but quickly bonds with the pug. Jones told KTLA, “All the dogs were just so loving. It was hard to get back to work, because you just wanted to play with all the dogs.” 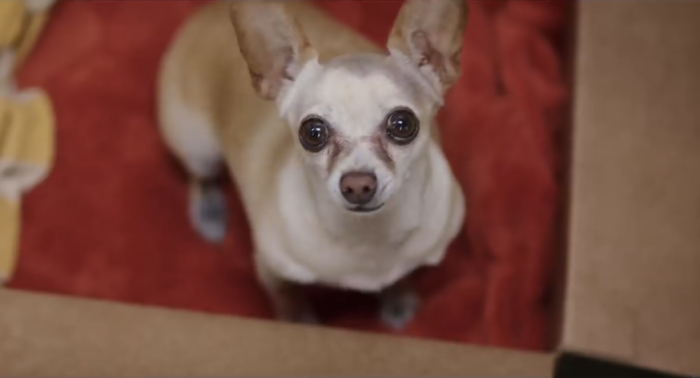 Gertrude the Chihuahua
Vanessa Hudgens’s character finds a stray chihuahua she ends up naming Gertrude. She told Collider  about how well-trained all the dogs were: “They were the most well-behaved, well-trained dogs that I’ve ever been around. My very first day of filming, they put like a little black dot down on the ground and showed it to [the dog playing Gertrude], took her to the end of the street and called action. She started walking, got to her mark and sat down, and I was like, ‘How do you do that?!’ I was very impressed, the entire time.”

Jon Bass, who plays the dog-rescuer who has a crush on her in the film, told Flickering Myth about Priscilla the Princess, the dog who plays Gertrude:  “She’s this little chihuahua that shakes all the time. She’s very sweet. I love that coming to work means playing with dogs all day.”

Tone Bell, who plays retired athlete Jimmy, told Bossip:  “Brandy had my energy all day. If we weren’t taping, she was sitting down and just chilling. That is me. Where’s my chair? I’m gonna go sit next to Brandy.” Brandy and Sam’s bond ends up bringing warring coworkers Jimmy and Elizabeth (Nina Dobrev) together too. 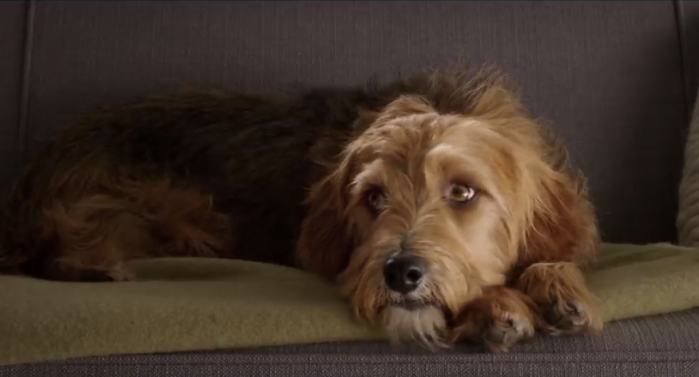 In one of the funnier plot lines in the film, Sam ends up at a doggie therapist (Tig Notaro). Nina Dobrev told Bossip: “Sam was great. And I had Maverick my dog on set too, so she was playing with them. It was great to have all the animals on set. It was my dream.”

Musician Dax (Adam Pally) is forced to sit his pregnant sister’s dog Charlie after a baby shower disaster. But that’s problematic since he lives in an apartment that doesn’t allow dogs. Pally joked to Flickering Myth about working with dogs: “At first it’s a little challenging, because you’re not just doing a scene with an animal, you’re doing a scene with the animal’s trainer. I certainly learned a lot. And maybe I’m a better actor. The dog has definitely raised his game.”