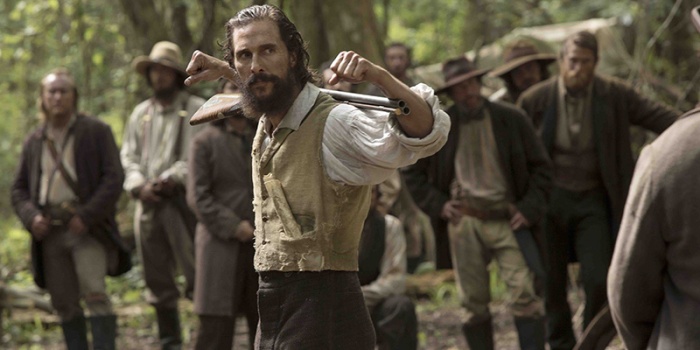 Matthew McConaughey stars in “Free State of Jones” as Newton Knight, a real-life Southerner who led a grassroots rebellion against the Confederacy, who were stealing from poor farmers to keep the war effort going. Now a fugitive from the law, he hides out in the Mississippi swamps along with escaped slaves (including Mahershala Ali) and together they form a new free state of blacks and whites. 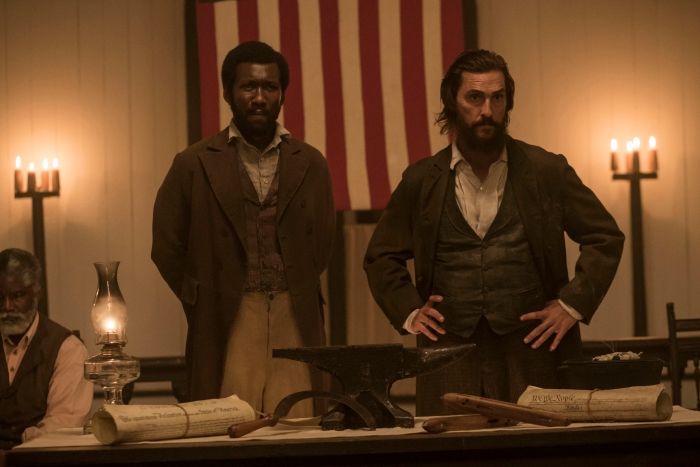 The only dogs in the movies are the vicious hunting dogs who track down and attack escaped slaves. Knight is attacked by one of these dogs and is forced to kill it to survive.

Later, when slavers find Knight and his friends in the swamp, the men fight back, killing the men and their dogs. Since they are low on food supplies, they end up cooking and eating the dogs. (This is actually not the only movie this year where characters eat dogs!)

In this film, we never get to know or care about the dogs and the humans’ plight  considerably outweighs what happens to these attack animals.