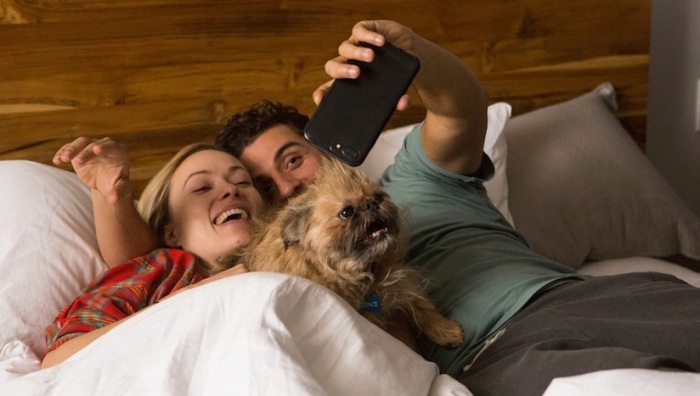 Why is the the dog that belongs to Olivia Wilde and Oscar Isaac’s characters in “Life Itself” given the eyebrow-raising name of “Fuckface”?

Writer-director Dan Fogelman told audiences when the film screened at the Toronto International Film Festival: “I thought the name would prevent me from having to do an airplane version of the movie, because there’s just no way around it.”

And he was inspired by his own dog (or rather, his wife’s dog):

“We have a little poodle that bites men and it bit me in the face when we first got him 15 years ago. He was a rescue. He had a tough life before my wife saved him.And I kind of think of him as ‘fuckface.'”

Fogelman and his wife have shared photos of the dog on social media and it does, indeed look fairly ill-tempered. 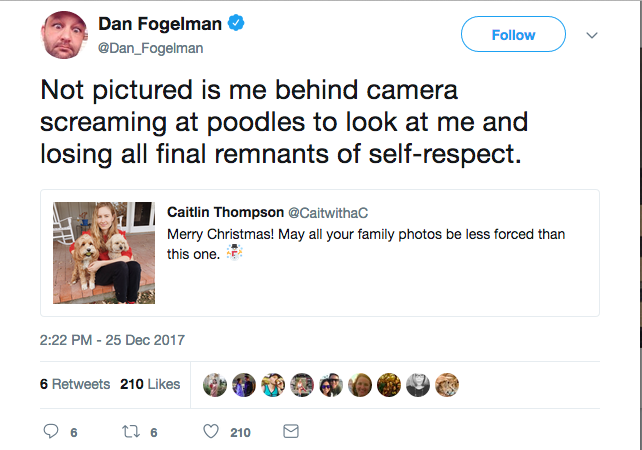 Let’s get a close-up on the “vicious poodle,” whose name is Wesley. 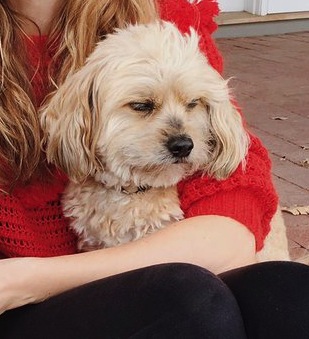 Despite their not really getting along, Fogelman told THR last year he keeps a picture of the dog on his desk at his office:

“I have a photo of my wife’s vicious poodle named Wesley who bites men and draws blood and we have to put him in a Hannibal Lecter mask when we have guests over. I make quite a show of hating that dog, so I guess it would surprise people.”

As for the dog in the film (which looks like a Brussels Griffon), he is part a series of tragic deaths.

Per Humane Hollywood, the set was monitored and pronounced “acceptable”:

“In the scene where the little girl comforts her dying dog on the kitchen floor, trainers brought the dog to the set. The crew was asked to be quiet while the dog was on set. The trainer placed the dog on his side and off-camera cued him to remain still and quiet. The actress was already acquainted with the dog prior to filming the scene.

Due to late notification and/or limited resources, American Humane Association did not monitor some of the dog action or any of the bird or horse action.”